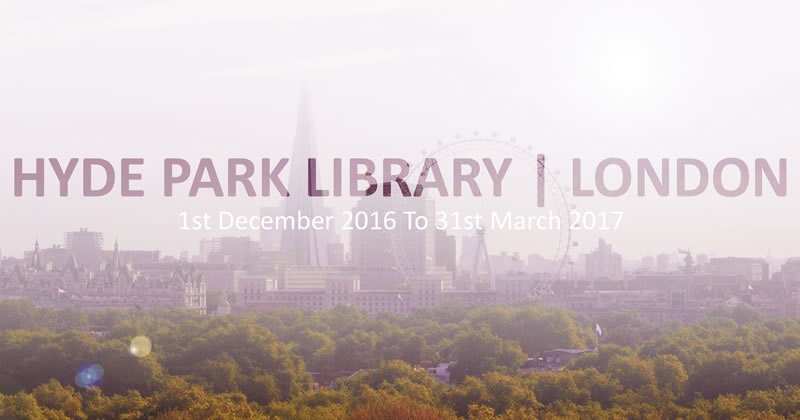 London--literature's labyrinth of 'lost souls' is one of the favourite settings for writers/poets/scientists/thinkers and intelligentsia, who have nurtured the city into the greatest hub of intellectual revolution. One of the greatest living cities of the planet, London has had the biggest global influence on the socio-economic and cultural landscape of the world. London has been the influence and subject of various literary figures like Shakespeare, Keats, Milton, Byron, Dickens, Newton, Arthur Doyle, George Bernard Shaw, PB Shelley, Chaucer, Virginia Woolf, JK Rowling etc. to name a few. It has been the greatest hub for the development of arts, science and the great English Literature.

London has a great reading culture among its residents, who like to drown into their books looking for some respite from the fast paced metropolitan life. The city is home to great libraries like the British Library, Westminster Reference Library and London Library to name a few. Libraries all over the world have had a great impact on the society and people. Creating and providing an outlet for technological advancements, introducing and nurturing cultural artefacts, supporting the rise of various religions and helping to maintain a sense of historical structure, they have managed to help communities survive and thrive via numerous artistic outlets.

The earliest known library was a collection of clay tablets in Babylonia in the 21st cent. B.C. The extensively catalogued library of Nineveh was the most noted before that at Alexandria. With time, more and more patrons started coming up with libraries until the modern age, when internet was invented and digital revolution swept away the aura and essence of libraries. Libraries are no longer the convenient source of information and have seen dwindling engagement among people. The book culture is on the decline and so is thought and originality. Internet may have been a boon but it also serves incomplete information, curbs thought process and encourages plagiarism.

Hyde park is one of the largest parks of London and one of its royal parks. Spread over an area of 325 acres, it is one major attraction for the people of London who flock here every day to relax, have fun and savour the natural environment.

The aim of the competition is to erect a public library in Hyde park, London that would promote reading culture among the general public and visitors.

Entrants may register by filling the registration form and submitting it with the appropriate payment through our secure gateway on our website www.archasm.in .

Group discounts apply for a minimum of 5 teams from one particular architecture school/university as our initiative to promote more participation from students.

Winning participants will receive prizes totalling INR 2,00,000 with the distribution as follows:

Winners and honorable mentions will be published on archasm's website and several international architecture magazines and websites partnered by us.