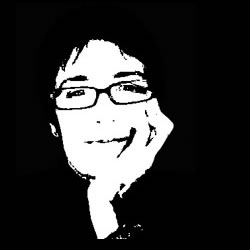 Who is Silvia Bragagnolo

Born in Castelfranco Veneto (TV) in 1971, Silvia Bragagnolo is an architecture graduate from I.U.A.V.  Alongside sanctioned profession, she creates objects made up only of recycled materials: "reuse stimulates a new sensibility to everyday waste, and teaches us to recycle, instead of throwing away and buying something new each time".

After spending four years in a prefabrication company’s technical office, for a period of time she has been creating architectural models  commissioned by design firms - previously, while attending university, she had created a model of Le Corbusier’s  Chapel of Notre Dame du Haut,  gone on display at the International Exhibition on Architecture of Sacred Space (Mostra Internazionale di Architettura dello Spazio Sacro)  / Bologna Modern Art Gallery, at  the City of Vatican, and at Venice School of Architecture.

Later, Silvia has been working as an assistant for the Laboratory of Modeling  at ClaDIS, the Industrial Design faculty in Treviso.

At this time, she splits her time between working in her own architecture firm and gaining new experiences in the field of architecture and design, cultivating her passion in creating objects from discarded materials.

In 2008, designing the set for the film "Questa notte e' ancora nostra", she converted used water tanks into flying fishes.
From old socks, on the other hand, she made up ISOTTA, a doll exhibited by the brand LAGO at Paris Furniture Fair 2008.