The project encompasses the design of the Centre and an urban integration plan for Nemunas Island within the celebrated university city of Kaunas. Kaunas benefits from a delightful riverine topography as well as a unique legacy of pre-war and modernist architecture. 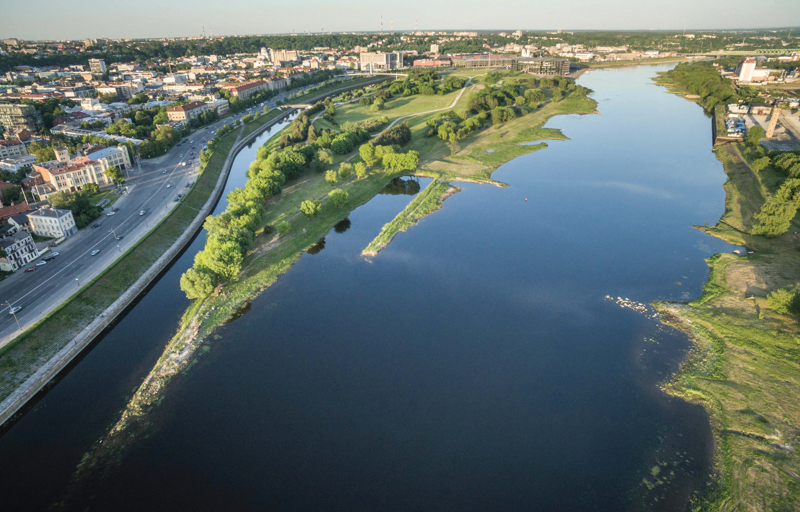 The circa 13,000 sqm site area is positioned on the 33 hectare Nemunas Island, adjacent to the Žalgiris Arena and in close proximity to Kaunas' historic Centras district.

The project will be managed by Kaunas City Municipality in cooperation with the Ministry of Education and Science, and municipal Departments of Education, the Education Development Centre, STEM (Science, Technology, Engineering and Mathematics) centres and other educational institutions and Non-Governmental Organisations.

Science Island will celebrate recent achievements in science and global technologies, with the aim of inspiring visitors to expand their knowledge and support innovation in these fields. The Centre will focus particularly on environmental themes and ecosystems, demonstrating sustainability and future energy technologies in the design of its own building.

Three winners will be selected through the competition; they will then undergo a Negotiated Procedure without Publication of a Contract Notice with Kaunas City Municipality who will select one architect or team to take the concept through to completion on site. Each of the winners will receive an honorarium of €15,000.

Competitors' submissions must be sent to Kaunas to arrive no later than 14:00 GMT +3 Wednesday 14 September 2016. The winner is expected to be announced in November 2016. Kaunas City Municipality anticipates construction will begin in 2017 and intends the National Science and Innovation Centre to open in early 2018.

Full details of the competition are available on the dedicated website: