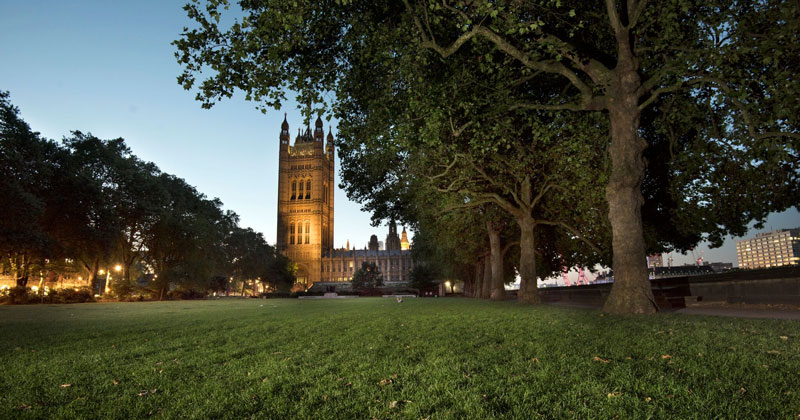 The Department for Communities and Local Government launches an international two-stage design competition for a National Memorial to honour the victims and survivors of the Holocaust and Nazi persecution.

The design challenge is to create an outstanding and sensitively-designed Memorial and Learning Centre that is emotionally powerful while offering visitors an opportunity to deepen their understanding of humanity's darkest hour. For some survivors - and those whose lives were affected by the Holocaust - survival stories can reveal glimmers of hope about human nature; for others, to perceive this moment in history as anything but unbearable is to compromise the Holocaust's implacability.

The Memorial's site, alongside the Houses of Parliament at the heart of Britain's democracy, is in Victoria Tower Gardens adjacent to the River Thames.

This is a two-stage international design competition and is being run in accordance with EU procurement guidelines and the Public Contracts Regulations 2015.

No design is required at the first stage. Initially, competitors are invited to submit an Expression of Interest - the deadline for this is: 14:00 BST Monday 17 October 2016. An exhibition of the finalist teams' concept designs will be held in a central London location in January 2017.

Through this competition, DCLG advised by UKHMF are seeking a multidisciplinary creative team with expertise in architecture and design, landscape architecture, and interpretation.

Teams might also include an artist, a way-finding specialist, a lighting designer, access consultant, education specialist and any other additional skills you feel are necessary. It should be noted that it is intended to procure separately the remaining skills (excluding those listed above) necessary to complete the full design team. This includes structural, mechanical and electrical engineering, project management and cost consultancy. It is anticipated that an architect will lead the design team (although this is not obligatory).

No design is required at the first stage. Initially, competitors are invited to submit an Expression of Interest - the deadline for this is: 14:00 BST Monday 17 October 2016.

Submissions for the first stage of this competition will be received electronically via the upload form on the competition website: www.competitions.malcolmreading.co.uk.

The shortlisted teams will be asked to produce a concept design. A comprehensive brief will be issued to these teams, as well as detailed information about the site. A Supporting Panel will review the entries and the Jury will conduct interviews to select a winner.

An honorarium of £15,000 will be awarded to each of the shortlisted teams following the selection of the winner.