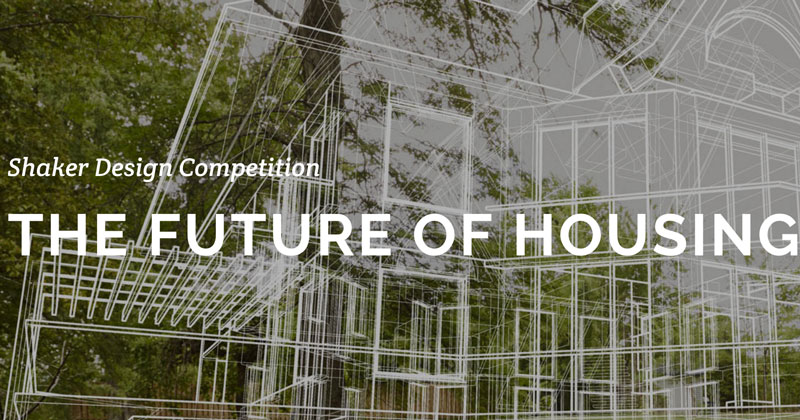 The City of Shaker Heights, with the Shaker Design Competition, is seeking architect-builder teams with innovative ideas for high quality, super energy-efficient, owner-occupied housing for middle income households that can serve as a catalyst to attract new residents to neighborhoods that were hard hit by the housing crisis. We are not just looking for concepts; we are looking for architect-builder teams who are ready to build something new and exciting that will set the tone for the future of our neighborhoods.

The winners will enter into development and use agreements with the city to build these homes in the target southern Moreland neighborhood. Our partners in this competition are Ingenuity Cleveland, the Kent State University Cleveland Urban Design Collaborative, the County Department of Sustainability and the Cleveland Design Competition.

The Shaker Heights Design Competition invites architect-builder teams to break from the standardized formulas for suburban infill to create new middle-income, owner-occupied housing options that are at the leading edge of design, highly energy efficient, accessible and offer new lifestyle options, including opportunities for living and working from home. The competition invites architects and builders to follow a Shaker Heights tradition which sets a new standard by which other housing will be judged. We seek progressive teams with pragmatic creativity, who don't want to just imagine, but who will deliver the future of housing.

We seek progressive teams with pragmatic creativity, who don't want to just imagine, but who will deliver the future of housing.

Entrants must submit as a member of a team or firm that includes an architect or designer and a builder.

Submissions must designate a primary contact person for communication purposes only.

Entrants must outline the concept price and scale of project.

Registration must be made through the appropriate online form no later than November 4, 2016.

Submissions must be digital. Entrants must upload their submissions no later than 5 pm on the January 6, 2017.

The winners of the Shaker Heights Design Competition will be announced at the end of January 2017, at a complimentary public reception at The Dealership in Shaker Heights.