As a third in the series of architecture competitions centred on Liepaja, Latvia's 3rd largest city located at the coast of Baltic Sea, HMMD invites you to offer your vision of a proposed development along the Liepaja Canal. The area has been approved for development over the next 5 years, during which time the coastline will be transformed into a leisure avenue.

The avenue is planned to begin at the site of the famous Fontaine Palace which is home to some of the city's best bars, as well as the Great Amber symphony concert hall, which is in its final stages of construction. The avenue will then run alongside the city canal, passing the Libava Hotel, crossing the canal over the former Railway Bridge before finally ending at the newly proposed park in Zirgu Sala 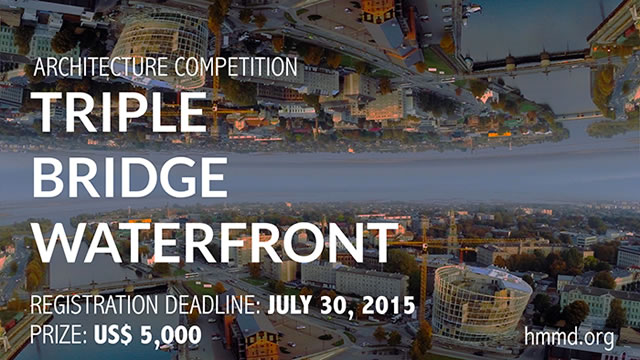 Participants are asked to submit a conceptual vision for the development of the site at the Liepaja Triple Bridge Waterfront. The site is divided in four zones. Each of the zones has to be treated as a separate entity with a potential to function on its own and would serve as a tourist attraction on both a local and regional scale.